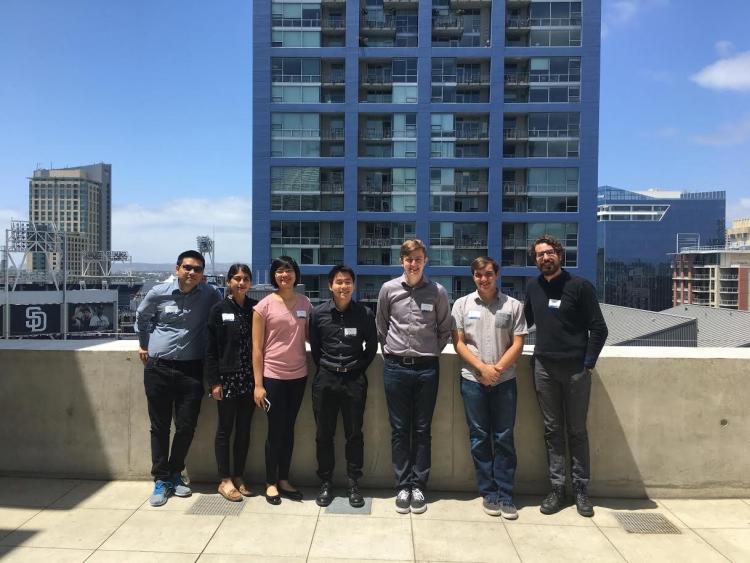 The competition prompted Cal State University students to develop a novel approach to an important urban problem over the span of three months. As part of the challenge, students were able to take advantage of the newly implemented 3,200 streetlight nodes in the City of San Diego for their data collection. With the information at hand, it was up to the students to improve San Diego’s Climate Action Plan with innovative city solutions. It was their goal to develop an application that could conquer the urban challenges of climate change, traffic optimization, mobility and more. To make it to the top, the application had to be assessed by a panel of judges, which consisted of chief technology and data officers from GE Digital, the City of San Diego and the Port of San Diego.

Cal Poly stduents created “Treety: a pact between the people, the city, and the Earth,” a data-driven system for educating San Diego residents and policymakers about the environmental and socio-economic benefits of trees in urban settings. The application aggregated data from the city sensors to accurately quantify the benefits of planting trees at given locations. The platform modeled tree benefits by taking historical data from pedestrian, environmental and traffic sensors to predict potential impacts of having trees at the locations, such as carbon reduction, average pedestrian and vehicular traffic and property values.

The Cal Poly team will receive an $8,000 scholarship for placing first in the challenge.